HOW TO GET LUCKY IN LOVE, How to get MARRIED, not loved and left. 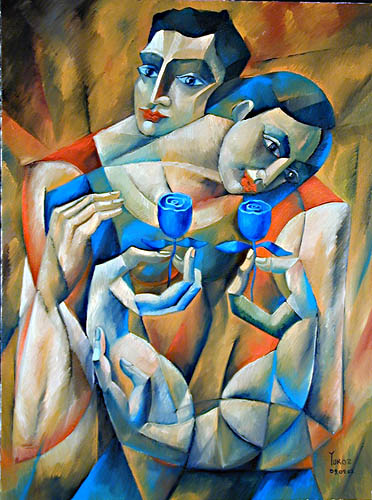 SINGLE LADIES: your HOROSCOPE has within it, a picture of who the perfect boyfriend or husband is for YOU! When I look at your scope, doing the 15$ boyfriend / husband reading, how do I FIND HIM?  Lord of the 7th house, is in what degree? What house?  Making what aspects? What fixed stars are there? Is the 'husband' ruler doomed by being square MARS and URANUS? Or is it airy fairy NEPTUNE ruler of booze and lies?

My mother was a great astrologer, studied with the best, never charged for readings. She taught me at age 13 how to read charts. She told me your own natal chart would SHOW YOU where to BE and when there was a transit to your 7th house ruler (HUSBANDS) or 5th house ruler BOYFRIENDS......so that you could BE THERE at that place and he'd find YOU.

FIRST you cast your chart free in one minute at astro.com and send it to me. I LOOK AT THE FIFTH HOUSE OF LOVE-Mars in 5th or 7th houses, or ruling them, he's a young muscular athlete, found at a gym or sports event. Jupiter ruling or in those houses, he's a teacher. SIGN up for classes somewhere. Venus in the love houses, he's an artist. That's the archetype of what you want well hang at MUSEUM in new highly touted exhibitions, and go to all gallery openings.If SATURN rules fifth house, he's older, serious, more corporate at times, but not if it’s SATURN IN ARIES. In that case, then he's a lumberman, soldier or cop. OR you're destined to marry money or not. And then HIS CAREER. SATURN in LIBRA, he's a lawyer, so YOU get a class in LEGAL SECRETARY WORK! SATURN IN CAPRICORN he’s a merchant manufacturer, work for the big corporations. Go to secretarial school. Learn about PCs.
I not only give you a description of WHO, but WHERE. YES. NEXT I tell you where he's found. Second house, he's at stores or galleries. Or VENUS in the 2nd,he's found somewhere when you're shopping or eating out. If In VIRGO it's vegan cafes or shops for produce. If in CAPRICORN it’s at the bank or in the CEO’s office. How do you get there? Do a CHARITY giving fundraising parties.By nite some austere, minimalist posh Capricornian type café on the fawncy side of town. And he’s posh so make it a four star cafe. Dine alone, reading a book. Then I tell you which day or NIGHT is coming up or which lunch hour…I send you part of that in your daily hourly star predictions that analyze TIDES IN TIME, the FREE StarPower “MAP OF THE MONTH” Which Comes to you by Email every Sunday nite, so you don’t spend 8$ on a salad on the wrong meal out on wrong lunch hour or wrong nite!  Last, get his chart and write me at my email address, which is astrology@ earthlink.net and I do THE COMPARISON CHART.
The idea is, we deduce from your horoscope WHERE you WILL find Mr. Right according to the rules of ASTROLOGY. If some LOVE planet is in the 7th house, you meet him while at parties, out in public, at cafes or clubs. If in the 12th house you meet him at church!

And then, from your horoscope we describe a few places where you might go to find this Mr. Right. Where your statistical Percentage of hitting a HOME RUN is more accentuated. MARS in the 12th is hospitals. Venus in 11th is clubs, groups, singles parties. LAST, when. WE GO INTO WHEN you can find him. TRANSITS or current skies of 2008 will tell us WHEN to go there (to that place,) to find him. (IF MARS rules the boyfriend house, we want a transit from current skies, to that planet. I will look at the entire year of 2008 & seek a MARS trine; that way cover the 'when' part.) Then in the dailies which you get by email, SUNDAY NIGHT, (ask for them, it’s 7 days at a time,) you pick out the MARS days and be somewhere around those hours when MOON LINKS by trine or sextile TO MARS. This means you go out on that day/that hour and look great and see what happens! Or say that JUPITER is in the region, I INFORM YOU! In the dailiesyou’ll see that written as a JUPITER NIGHT. OR DAY. ASK ME where the dailies are located this week, in cyberspace. They are posted. Astrology @ earthlink.net is where I am and I can tell you in an instant.And I WILL!

I am a top stargazer, palm reader, astrologer, have been doing charts for 61 years; I will cast your horoscope, (you give me hour/dob/city,) I will: LOOK AT THE FIFTH HOUSE OF LOVE and describe the archetypal boyfriend that you want. Meaning he should be LIKE the planets related to the 5th. He should have modes of being which relate to that planet that rules our fifth house or is IN the house….and modes to avoid at all costs, painted by afflictions to it….(i.e. planets square it, ) I will analyze the LOVE ruler's good aspects, but bad ones, too. There is always a HIGHER use for bad aspects. Mars/Saturn is violent but if he's a hard hat, then it's used in a good way. Pounding cement and nails.

SECOND, WE LOOK AT THE HOUSE OF MARRIAGE! I go to the 7th house and describe to you the HUSBAND he will become and sometimes I see which is better, being single and dating the guy or marrying him. And, we loop back to the RULER of the 5th house and see where you are (or SHOULD BE,) when you MEET this perfect fellow! There are usually many different places that are the keywords to what an astrologer sees in your 5th house. PISCES is church, also religious sites, temples, antique stores and hospitals. SO we'd be visiting anyone we knew at a hospital, or getting a job in a hospital. What if THE BOYFRIEND ruler is in the 9th house; that would be university extension, foreign countries, (you'd have to travel. And travel where? CAPRICORN is MEXICO, SAGITTARIUS is SPAIN, etc. And the 9th house points to higher mind classes, Yoga school, Socratic circles, libraries. Colleges. Or if it’s ARIES, then you meet at sporting events. So, So, that's WHERE, but LAST I DO WHEN.

I will actually point out the next transit to your love planets. And I'll tell you what kind of thing will come from THAT specific love planet. And I'll throw in which area of life gives the best husband. Let me explain. What if the best planet in your horoscope is ruler of the llth house of friends groups, clubs and it's a better planet than any of the LOVE houses. Means stay pals! Well, until he proposes at least! Because that’s your karmic formula.

All this gets typed up for you and it's 15$ and if you want it, send your data to me now. Or if you want to get twice the writing, YOU CAST THE CHART. You give me 15$ by paypal, send the 15$ to PAY PAL SITE and tell them just this: it's for ASTROLOGY AT EARTHLINK NET, that's my PAYPAL addie. So, it's extremely easy and rather cheap. 15$. But you do the chart, the natal chart at ASTRO.COM and email it to me as a gif file, I have more time for studying it, composing the verbage of reading.

Later, tell me how it turned out, and if you used the exact place and  hours that I gave. I put the events that will definitely follow, i.e. your meeting, etc., in an article on MEETING MR. RIGHT at INDEX THREE, the love index over at LUCK IN LOVE DOT COM or at MY VINTAGE original formula web SITE. I won't use your real name. I'm a good stargazer, wrote 3 cover stories for DELL HOROSCOPE magazine and this is a high concept article so I may even add an astro 'how to meet' article to the book LOVE AND METAPHYSICS which is online right now, l00 chapters. (It’s instructions on how to marry WELL…. Really well! “CLICK AND READ SOME OF IT. PS.. WHEN USING the stars to GET CUPID to work for you, be prepared to meet MR. RIGHT immediately, then. So, wanna PLAY?Write me, now. And there’s a second option. Give me his birthday also, getting his hour from him, (I’ll tell you the sneaky way to get it out of him without his knowing why you’re doing it….) and then I do a chart comparison. That’s how you learn how to nail him! That’s 60$. ,(and if you're not a single lady, send this to pals who are, let’s see if we can create some LUCK IN LOVE for them!

WE may not know GOOD MEN, but we know bad ones. That
information is what we focus on. AVOID BAD MEN, you will
GET A GOOD ONE! You can lose a lot of GOOD years
on a BAD MAN! Bad men are a taste you must LOSE!