The Washington Post did an article on Gov Pension Fund profits from high prices of Commodities and  Crude Oil: 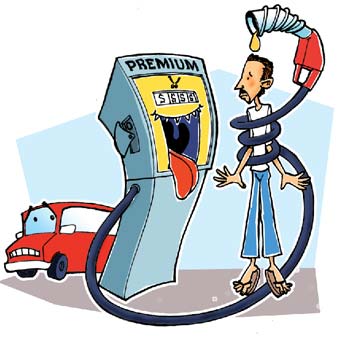 Who's getting all this money fer Crissakes?
SOMEBODY is definitely pulling the strings here!

Well, Walter Burien, the economy/finance/ money expert put in his 2c worth:  PUTTING IT IN CONTEXT

This article just scratches the surface. The federal and local government Pension funds now number
over 20,000 separate funds and are controlling the market based on positions held and activity
generated therefrom. If an audit was done to show consolidated totals from all, a conservative figure
would be about 23 to 28 trillion dollars.

The article mentions CALPERS got into commodity trading just in the last year. This is false.
CALPERS started commodity futures trading back in the late 70s and created the worlds largest
international clearing of commodities derivative trading through their "off-shore" CALPERS
International outlet they established for all local government pension fund managers in the USA to
participate with starting in 1982. That off-shore fund now has the largest balance in the trillions with no
equal in size.

Per Crude oil prices, it is not just commodity futures that government funds are the driving force for,
local and federal government also through consolidated stock ownership totals owns the oil companies.
An example of one government fund's ownership of EXXON is 1.5 billion. This is from the NY State
Gov retirement fund. To see the holdings of EXXON and all the other equities held, go to:
http://cafr1.com/STATES/NEWYORK/RETIREMENT/NYRINV2006.PDF

And for CALPERS (domestic not the off-shore international) go to:
http://cafr1.com/STATES/CALIFORNIA%20DIRECTORY/CALPERS/CALPERS_CAFR2006.pdf

The real eye opener would be if a consolidated showing was done to show the holdings from the
84,000 separate local government Annual Financial Reports. I am very confident the showing would
make the complete holdings of the private sector seem insignificant in comparison.

Do the math yourself from a cursory review. Those limited findings in their own right are compelling.

The finding will establish the underlying core motive behind most government policy decisions; The end
result profit for theses funds. Qualify who the biggest profiteer is! Add up the totals of ownership. It is
not the oil companies, the Arabs, or the American people.. One hint: It begins with "G" and ends with "T"

So, WHY THE OIL WARS? CUI BONUM? Do the math.