A Gal pal told me "Guess what? I've been manifesting a bit more $$. I just worked a bat mitzvah that was more lavish than Chuck and Di's wedding. I wasn't even advertising, but folks knew the hosts and talked up my MAGIC CAMERA GAMBIT which I'd already done for a few parties. So the invite came to do the magic camera bit at a HUGEAMONGUS wedding. The job came as a total surprise. Cuz I had no ads up anywhere. Made such a bloody fortune on 100 guests and was such a senation that now I'm going to start advertising on Craigs list, at SERVICES, / EVENTS section. It'll read "WEDDING WARHOLS!!" I think that explains what I do. Or should I say "SOUVENIR PHOTOS of themselves for your party guests." Anyway, with no ads up,  I got a call out of the blue, made fabulous money. I photographed 100 guests,  give them these gimmicky WARHOL souvenir photos. WEDDING WARHOLS I CALL THEM! IS THAT HIGH CONCEPT OR WHAT?

It's so simple, too. Shhhh, you mustn't breathe this to a soul.  I  use a DIGITAL CAMERA, and then have a laptop and printer, a software set-up that can turn any high res, high contrast PHOTO into pseudo-Warhol! I'd make nice and get people to stand in front of a green screen and studio lights and take their pictures w/ a digital camera, and every so often the digital card would get exchanged back to a laptop computer which would process the pictures and print them so they'd look like Andy Warhol's "Marilyn"--i.e. high-contrast, and repeating images, you know, six to a page, eight.....a colored background--and later on they'd be framed and available as party favors." Want to see the cutest wedding guest we had? 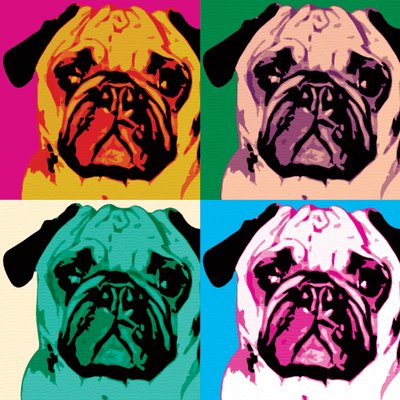 YOU BETTER NOT TELL ANY OF YOUR PHOTOGRAPHER
FRIENDS OR YOU'RE DEAD MEAT! 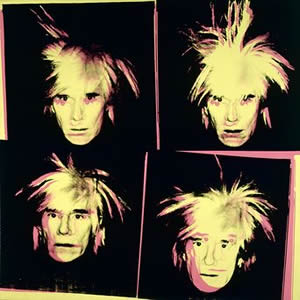