EARTHLINK SUBSCRIBERS GET THE SPYOLA SHAFT FROM NSA, My feeling? ELN (*EARTHLINK) LETS 'EM DO IT! When SPYING ON EMAIL BY NSA STORY  appeared on ABC TV NEWS, 6 March 07, I wasn't surprised.  Seems a smart, observant tekkie SAW that the NSA had a pull or a SPLITTER pulling mail traffic off about fourteen different top US servers. He went WHISTLEBLOWER & took the paperwork, over l00 pages of it, to the LA Times. Reporter was excited for a couple of weeks, then the BRASS at LA TIMES SPIKED the Story! You may find the story on NEW YORK TIMES pages, they ran it finally. And ABC got it there.

HELLO: I am Stuart R, (really SHIVA SINGH) and he says: Thank you for contacting EarthLink LiveChat, how may I help you today?

Astrology@ earthlink.net: Hello Stuart. Hey, three weeks ago I called INDIA to chat with tekkie about some little thing. Your tekkie asked to get into my C  DRIVE. I must have had a glass of wine with dinner, and what can I say? I let him.  EVER SINCE, both ingoing and outgoing mail are being routed thru a new DNS server that never was on my email sequence before. Cuz I look at headers a LOT! I traced it with http://www.arin.net/whois/ and found it was not PEACHTREE ATLANTA like ELN for the last 12 years, but in addition to ATLANTA, a CHECK POINT CHARLIE here, locally, in MARINA DEL REY, so now I have MULTIPLE DNS ROUTING number SEQUENCES!

There's stenosis in the aorta or let's compare it to a 'check point charlie,' but guess what, when I tried to write my pals who have AOL as a server, tonight, AOL robots spot it and interpret that as I AM A NIGERIAN PHISHING CROOK and I AM BLOCKED from talking to my entire family and most of my friends! Could you please FIX THIS? I want the 127.0.0.1 TAKEN OFF MY ROUTING sequence. Yes?

A message that you sent could not be delivered to one or more of its recipients.
This is a permanent error. The following address(es) failed: GOODSAX1000@aol.com
SMTP error from remote mailer after
end of data: host mailin-01.mx.aol.com [64.12.137.249]: 554-: (ISP:B2)
http://postmaster.info.aol.com/errors/554ispb2.html 554 TRANSACTION FAILED

EXPLANATION FROM STUART, TEKKIE in INDIA< working for ELN my server.

http://postmaster.info.aol.com/errors/554ispb2.html AOL occasionally
implements blocks on mail from EarthLink and other ISPs. However, we are
constantly working with AOL to resolve these issues when they occur. Most
of these AOL blocks are automatically released after a day or two. If you
continue to receive these messages, please try the following to resolve
this: We will review this issue and send a request to AOL, to have the IP
removed, if possible. In the meantime, since you are using (dynamic) DSL or
cable to connect, you should powercycle your modem and reboot your
computer, in order to obtain a new IP.

I REBOOT EVERY DAY. POWERCYCLE means punch that button in back of the DSL box, Hmmm.
ok.  should do that daily I guess.

Stuart R: Please hold on while I go through the message.

A: See, Stuart, I LOOKED AT THE VIEW PAGE SOURCE i.e. my own
send or receive CODE --many times and I have EMAIL that is OLDER than
FEB 15th which was day I let your tekkie in my C: DRIVE...which does
not have TWO OR even THREE ROUTING DNS number sequences.
INFACT.....TIL THE VERY DAY I CALLED YOU GUYS and
you guys got into my hard drive and told me to use EARTHLINK browser, I
TRIED for five minutes, then calle dyou back and asked you to take it off.
AOL is rejecting all my email as I HAVE SO MANY
ROUTING DNS number sequences. It looks like I'm a NIGERIAN!
EVERY DAY since MID FEBRUARY I ASK YOU TO LOOK AT
THE PROBLEM of all these DNS number sequences, 127.0.0.1 is NEW, you stuck
it in the day I called you. HOW DO I GO BACK to the way it was? And not
only because AOL thinks I'm NIGERIAN but because THIS IS A SLOW DOWN. I
can't send an email promptly. Something slows down the whole process. There
is a STENOSIS in the AORTA! Like a check point charlie  THAT email above,
sent to me just today is one of many since FEB 15th, where AOL rejects my mail. Where
all these ROUTING stops have attracted robot attention.
IS THIS the new ELN POLICY? Create a SPY SITUATION via that
DNS 127.0.0.1? It's right here in WEST LOS ANGELES, I did
http://www.arin.net/whois on it.

Stuart R: Have you tired to send the bounce back message to the
blocked by earthlink@abuse.earthlink.net

A: THAT IS NEW to me. NObody ever told me that before.
BOUNCE BACK a MESSAGE??
: You see only since FEBRUARY 15 when I CALLED YOU IN
INDIA did I have this problem. I haven't explored BOUNCING, nor do I KNOW
WHAT IT IS > But I did knowhow to do VIEW PAGE CODE SOURCE

Stuart R: Are you not able to send mails to AOL? Am I correct?

YES NOTHING TO AOL SUBSCRIBERS... BLOCKED by AOL
THEY CAUGHT it, multiple DNS routing number sequences
But I already knew it. I have been writing you for
three weeks about this, here. And to the abuse@abuse.earthlink.net addie
ROBOT SPAM ANSWERS to me. no human ever wrote me
i.e. NO TEKIES any more!  PERSONAL INTEGRITY is important. Does ELN allow
some NEW STATION to receive our email? IS THERE A RELAY statio in the
MARINA at 127.0.0.1??? SURE LOOKS like it

Stuart R: You need to use the pop.earthlink.net as the incoming server.

I DO, Stuart, That's in my browser. "EDIT PREFERENCES, MAIL SERVERS and
there it is plain as day. pop.earthlink.net/ Look, this is about government, NSA/ CIA
supervising ELN's subscribers

The STORY: "USA HAS A PROMINENT Whistleblower who saw a list of SERVERS who let NSA pull all their EMAIL off SERVER Two weeks ago I let the BOMBAY TEKIE from ELN enter my C drive. He
said he wanted to. I had no real problems. >From that minute on, my email
is routed thru a server in the MARINA del Rey near the infamous CIA RAND
THINK TANK. I used to have one DNS # on my emails, sent or rec'd. Now I
have three. So tonight on the tube, that news story (from top of page)
And stu? ON MY BROWSER?It reads pop.earthlink.net

Stuart R: Please do not mind and let me know the issue in single line.

OK, Stu, SINGLE LINE ISSUE: TOO MANY DNS sequences in
ROUTING. GET THEM OFF ME! Go back to how it was FEB 14, 2007, when I spoke
to MUMBAI ELN TEKKIE!

My browser has three years of EMAIL. IN ORDER. I only erase chaff.
EVERY SINGLE ONE OF THEM has another routing
sequence, a single dns. I will fetch you one, my friend.
FOR THREE YEARS IT WAS LIKE THIS

Those are SUDDENLY OVERNIGHT IT CHANGES!
Stuart R: Let me know what changes did you notice in your email program?

A: What did I just do STUART?  Oh changes as in SYMPTOMS. ok.
SLOWER connections, more error messages saying CANNOT CONNECT, or
saying "this website doesn't exist", which browser will do on a long long pause.
THIS HAS TO STOP! HELP ME STOP IT. Send me a copy
of this conversation, too, as I want to send it to WIRED MAGAZINE. I am a
writer, on the internet, with many websites. I write articles on COMPUTERS,
SOFTWARE, SERVERS, USING THE INTERNET FOR BUSINESS.
http://www.masterjules.net/webindex.htm
THE NEW SEQUENCE OF DNS numbers,multiple routing,
suggests you fell for the NSA plot which I gave you above.
Or you have NIGERIAN tekkies there in MUMBAI,
PHISHING. Which is it?
The changes involve hesitations in sending/
receiving email. ON OFF/ where nothing goes anywhere. you cannot visit or
load a website. You get error messages that the site doesn't exist, and I'm
talking SITES LIKE GOOGLE or....CRAIGS LIST

astrology@earthlink.net: There is a glitch in the system since I let a
MUMBAI TEKIE enter my C DRIVE. I trace this situation to that DAY

Stuart R: Click on the above and know about phishing.

astrology@earthlink.net: earthlink did it to me. l0 letters to them they
didn't answer except with a robot.
i know about phishing. I find phishers for the
government here, do it a long time.
either you have a phisher king tekkie or the GOV
persuaded your boss to let them slowly intercept. BUT WHY/HOW can you
explain new routing sequences, multiples?
This whole conversation is going to WIRED MAGAZINE
to report ELN. Everyone KNOWs about AOL but nobody knows about YOU
You know me ten minutes. Do you think I could be
noisy? I type like the wind.
I spell well. I have 9,280 GOOGLE MENTIONS if you
look for ANITA SANDS on GOOGLE
I write. 66 yrs of typing and writing. 12 online. I already sent the
entire story to WIRED MAGAZINE. I feel ELN will be
found out.  BUSINESS will go down for you and many tekkies will
lose their jobs. Please sir, fix this.  If a tekkie put me on a multiple routing, then
a tekkie can take me off.  Should I cancel my account and start over?
They're probably giving all new clients the multiple routing thing.

Read the article I'll send it to any email you want.
ABC broke the story, two, three nites ago.
But I HAVE KNOWN something was wrong three weeks
ago when I saw the CODES in my emails' headers, sent or received.
A NEW STOP STATION, in my own city. I KNEW WE HAD
TROUBLE. an ONSLAUGHT of some kind! I mean I ten percent
thought your tekkie was a phisher, but....fat chance, right?
Stuart? You there?
Stuart R: Abuse Department can be reached at (888-356-7726).
Call the department and I am sure they will resolve the issue.
astrology@earthlink.net: thank you can you send me copy of our
conversation?
Stuart R: Sure. I will send it.
A: Thank you, goodbye. YOu've been most kind. (click) 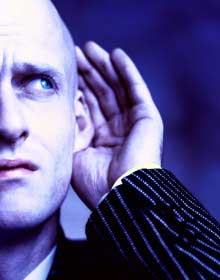 My pal said about this matter:

The reason they block those is that it helps keeps the user's p.c. I.D. secure
from being read (I was told long ago).  You still running/using Win98 or 98S.E.??
You can OPEN you DOC COMMAND[.exe in the "Run" box brought up by the "Start"
button on your WINDOZ Toolbar (usually at bottom left), then try using/type this
DOS command IN your DOS box that opens:

Both work!  Although you may have to logon again (but not Reboot).

But, even if you go w/ software like TorPark.exe, it's still more than likely the
gov agcs are still going to know/tract your/everyone's ass as the I.S.P.s have
all that web stops/urls on record.  If you put the torpark pckg (which incl's
Mozzila/ilk, Thunderbird, and Open Office (ALL of which are no longer truly Open
Source (as Google's bought/co-opted them!), on a USB Drive, that's about as anon
as you can get (w/o being some high-tech guy the gov wants to find/hire), but
they're still going to know where you are *at the time* (net cafe place, e.g.,
so...?

<== BACK TO WEB  HACK TECH FOR AMATEURS